Ms. Yip Choy began ballet at the age of eight (8) years old at the Marcia Turner Dance School on Picton Street, Port of Spain and continued until for ten (10) years. At the age of 16 she entered Teen Talent with another dancer and performed a duet choreographed by the late Patricia Roe, placing third in the finals. Later on she received a scholarship from the Dance Association to pursue ballet in Winnipeg, Manitoba at the Royal Winnipeg Ballet School – Professional Section. Whilst at the Royal Winnipeg Ballet School she performed in the Opera Aida and completed a course in music and movement for toddlers conducted by Professor Kennedy from the University of Manitoba. Ms. Yip Choy also taught RAD ballet at The Royal Ballet School for three (3) years before returning to Trinidad & Tobago. In 1984 she began to teach at the Caribbean School of Dancing, originally owned by Marcia Turner Moze. She then went on to perform with the Trinidad Operatic Society in “The Merry Widow” and was one of the judges on Hazel Ward Redman’s Talent Show, “12 and Under,” for two years.

In 1995, Ms. Yip Choy started the Metamorphosis Dance Company alongside two other associates: Nancy Herrera and Christal De Souza. In the early stages of the dance company, she choreographed two pieces: “Duality” and “Everything Comes to an End”. Further to those pieces, she has also choreographed for the Lydians Singers’ performance of “Turandot”, directed by the late Pat Bishop. Ms. Yip Choy has also assisted with the choreography of the school’s dances shows since she began teaching at Caribbean School of Dance.

Outside of Caribbean School of Dancing, she has worked closely with autistic children for the past 20 years teaching music and movement for an establishment which later became known as Life Centre.

Nancy Herrera did her formative training as a dancer in Trinidad and then went to England.
Nancy Herrera
Co Founder 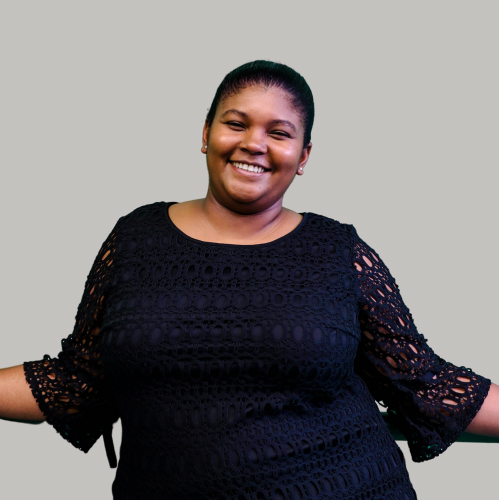 Born in Trinidad and Tobago, Bridgette trained in classical ballet and modern dance at the Caribbean School of Dancing.
Bridgette Wilson
Creative Director